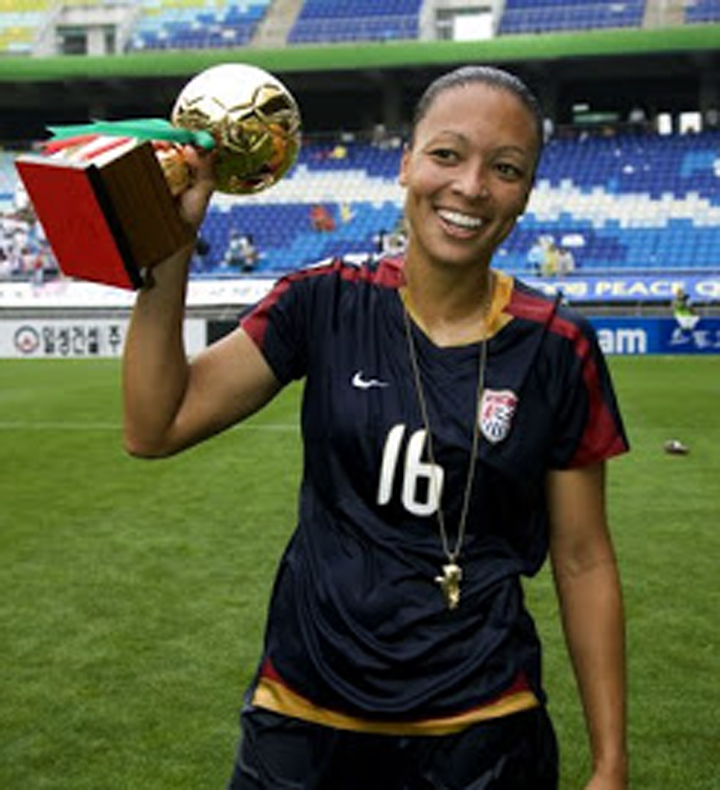 USWNT midfielder Angela Hucles holds the MVP trophy, the Golden Ball, after the finals of the Peace Queen Cup, 2008.

Women’s National Team midfielder brings us back to her days growing up in Virginia Beach and how she developed her love for the game.

Anyone who has gone through the trophy hall at University of Virginia knows the name of Angela Hucles. It took 15 years for someone to come along and break a few of her all-time scoring records. Angela’s journey into pro soccer began as a member of the first-ever Boston Breakers team and in fact, scored the first goal in the history of the Breakers (in 2001 a preseason exhibition match against Duke Blue Devils).

As a member of the USWNT, Angela was a player known for her ability to come off the bench in pivotal moments and strike an impactful pose. In 2008, Angela finished the Olympic campaign tied with the most goals of the tournament and a gold medal around her neck.

Her impact on the game didn’t end there. Angela has spent her post-soccer career giving a voice to those in desperate need of one. Angela is the current president of Women’s Sports Foundation; She has worked with the U.S. State Department and You Can Play organization to help empower LGBT youth through sport; and she founded Empowerment Through Sport Leadership Series, a unique conference featuring speakers and programs dedicated to teaching leadership and healthy living on and off the pitch.

Angela Hucles’ journeys have made her one of the more impactful and inspiring athletes of all time! Now, sit back and enjoy the one and only Angela Huuuuuu-cles!

Connect with Angela and the many organizations she’s involved in:
Women’s Sports Foundation
Empowerment Through Sport Leadership Series
You Can Play
Follow Angela on Twitter @angelahucles 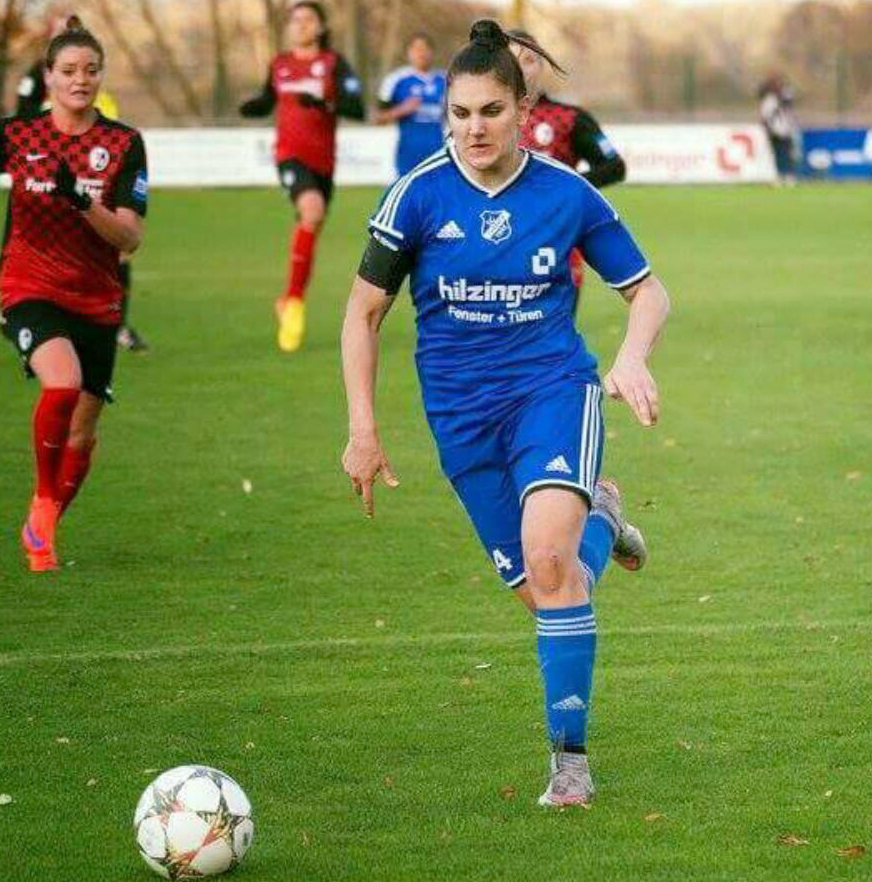 Jovanna Damjanovic
One of biggest stories in this year’s Frauen Bundesliga season has been SC Sand reaching the German Cup final. And forward Jovanna Damjanovic has been a huge part of their success. The Serbian striker has hit 6 goals in the season so far and won Goal of the Week award twice in 2016. In this interview, Jovanna gives us insight into her life growing up in Serbia, playing for Red Star Belgrade, and her journey to Wolfsburgh at just 19 years of age.

The young power forward details her unbelievable Cinderella story of SC Sands. What does the future hold for her on a club level and on the international stage? Plus – what is she expecting in the upcoming match against England coming up in the Euro 2017 qualifiers? Jovanna shares with enthusiasm this and so much more! Don’t miss this interview with one of the world’s most exciting young players!

The German league is reaching its conclusion! Adam sits down with our German correspondent Jana Lange to look at the big stories in the league. From Bayern marching on to a second title win in a row and a surprise in the DFB Cup semi-finals to the relegation battle and the German Champions League semi-final news – its all here and more.

While we have Jana here, WWFShow also looks at the German Women’s National Team as they prepare for the Olympics and the sad news of Nadine Kessler’s retirement. This is your one-stop shop for all things Germany!
Follow Jana on Twitter @jott_ell

Fade Out Music by Dropkick Murphys