The game is growing all over the world, but no place faster than in England. This is thanks in part to the success of the Lionesses of England, the Women’s Super League, Championship League, and media including TV broadcasts, websites, and magazines dedicated to women’s football. On this episode, we focus on the rise of women’s football in England with featured guest England striker Jodie Taylor and editor of She Kicks Women’s Football magazine Jen O’Neill. Plus we hear from Jill Ellis on the eve of her departure as head coach of the USWNT.

To say Jodie Taylor is a well-traveled player is an understatement. Beginning her club career with Tranmere Rovers as a youth, Jodie ventured from her home at 18 to play college football at Oregon State University. It was a hard time leaving her urban home to a remote town in the USA, but it was the start of a unique road that would lead all the way to the National Team. Jodie generously takes on her football journey with honesty, humor, and foresight.

Jodie didn’t follow the conventional path we see in most players at this level. In fact, you could say Jodie Taylor paved her own path to become one of the top players in the world and a true role model for young people to follow. This interview breaks down the mystery that is Jodie Taylor! (10′)

Jill Ellis, who led the U.S. Women’s National Team to historic back-to-back FIFA Women’s World Cup titles in Canada (2015) and France (2019), will step down as head coach following the completion of the Victory Tour in early October, 2019. Listen in as the coach tells us what she hopes her legacy will be and what her future holds.  (41′)

Editor of She Kicks Women’s Football Magazine Jen O’Neill makes her WWFShow debut! One of the more respected voices in women’s football in the UK, Jen stops by to talk about the Lionesses, their 2019 Women’s World Cup performance, the future of the team, as well as the upcoming FAWSL and Championship, and a lot more! (46′)

Additional assistance for this episode by Reema Patel (Reign FC); US Soccer; and Jen O’Neill (She Kicks Women’s Football Magazine). 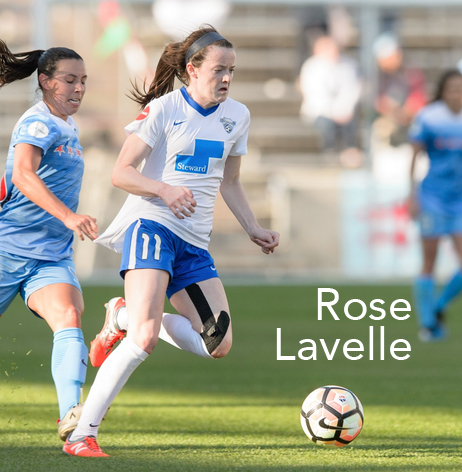 A soccer prodigy growing up in Cincinnati, Ohio, Rose Lavelle became an All-American at University of Wisconsin-Madison, made her way up through the ranks of the U.S. Women’s National Team youth squads, and received her first cap with the USA full squad in March, 2017 (where she was named Player of the Match).

Now a full-fledged professional athlete, Rose is wasting no time by helping the Boston Breakers rise to the top of the table. Rose discusses many of her recent life-changing events, living in Boston and adjusting to Coach Matt Beard’s system. With all the changes come big responsibilities and she’s poised to take them on! The 22-year old also explains her recent sponsorship deal, her obsessive love for dogs, and just what’s up with Wilma Jean the Social Media Queen? If you want to get to know Rose Lavelle and what makes this young star so special, then catch this interview! (23:30′)

Adrianna Franch
Speaking of which… The Rose City team, Portland Thorns FC have developed a reputation for carrying the 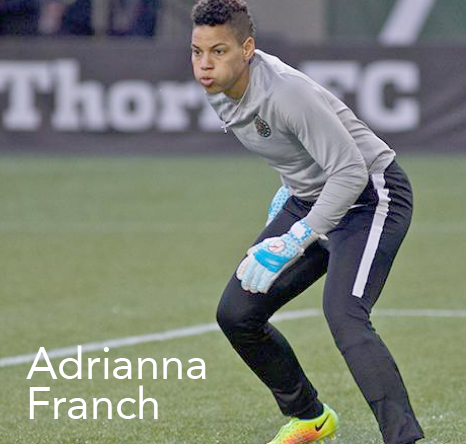 best goalkeepers in the NWSL and Adrianna Franch is continuing that legacy. The first-ever goalkeeper to be drafted into the NWSL in 2013, Adrianna understands what it takes to be successful and the work-ethic involved. The Kansas native shares what she learned from playing in Norway and also what she’s taking away from Thorns goalkeeping coach Nadine Angerer (“The best goalkeeper to ever play”).

Adrianna also gives us a first-hand account of what it’s like to play at Providence Park in front of those incredible fans and how the rowdy atmosphere isn’t such an advantage as some would think. The Thorns are packed with superstars and AD gives us an insider’s view on what it’s like to play with the best, who she enjoys stopping goals on and more. It’s a lively interview from a popular player who we don’t get to hear from often. This is your chance to get to know the very personable Adrianna Franch! (56:00′)

SSE Women’s FA Cup Final, Wembley Stadium
Adam & Barry the Beaver joined 35,271 other fans at the iconic Wembley Stadium for the SSE Women’s FA Cup Final on May 13, 2017. While they took the long way there, Adam & his fuzzy friend came back with a great report on Manchester City’s 3-1 win over Birmingham City. Adam gives us insights on the game, the players and the atmosphere. We also hear from the bosses – Nick Cushing (Man City) and Marc Skinner (Birmingham City) as they discuss the result, their respective teams, the future of women’s’ football in England, and more! If you couldn’t make it to the match, this is the next best thing to being there! (03:15′)

Plus…
Updates on the NWSL; Frauen Bundesliga; Tournament of Nations (USA); UEFA Champions League and MORE!!