On Episode 158 of Women’s World Football Show, we examine the Jamaica Women’s National Team, better known as the Reggae Girlz and their historic road to becoming the first Caribbean women’s team to qualify for the Women’s World Cup.

Plus, we take a deep dive into the Concacaf teams, players, leagues, and tournaments heading into the 2020 Concacaf Women’s Olympic Qualifying Championships.

Jamaica WNT midfielder Chinyelu Asher shares her footballing journey, her outlook on pushing past her comfort zone, and her meditative mindset.

As a member of the 2019 Women’s World Cup Jamaican team, Chinyelu gives us a look into her experiences on the team from qualifying to the team’s recent No Pay, No Play walkout and it’s result. If you’ve always loved Chinyelu as a player, you’ll love her even more as a person and role model after this interview. (14’)

Writer, podcaster, and Concacaf expert Ana De Souza stops by to talk all things Jamaica and Concacaf. What were Ana’s impressions of the Reggae Girlz debut in France? Which teams and players should we be watching in the upcoming Concacaf Women’s Olympic Qualifiers? And who is the third best team in Concacaf today? Ana gives us it to us straight! Plus, a special Pan American Games report and More! (60’)

Check out how and where to listen to Fulbol Ace podcast at FutbolAce.com.

On this episode of Women’s World Football show, we examine the rise, fall, and hopefully rising again of the Mexico Women’s National Team.

First, we look back at the classic David vs. Goliath tale of the 2010 Concacaf Women’s Championship when the Mexico team (made up of mostly college and unattached players) beat the mighty USWNT to win an automatic berth to the 2011 Women’s World Cup. It was a story for the ages!

Because the team failed to qualify for the 2019 Women’s World Cup, we examine the big changes being made currently at the senior level and discuss what needs to happen to bring the team back to being contenders on the world stage. And, we look to the future with the successes of U17 and U20 teams, and the popular Liga MX Femenil.

The 27-year old Mexico defender Ari Romero has been around the world playing football and now she’s here to talk about her career club and country. Already a veteran with the Mexico Women’s National Team, Ari shares with us what the fans can expect at the upcoming 2020 Concacaf Women’s Championships (that serve as a qualifier for the 2020 Olympics).

In 2019 Ari signed on with the NWSL team that kicked off her club career all those years before – the Houston Dash. The crafty defender talks about her time in Houston, why she fits so well in the backline there, the team’s recent match in Mexico, and more!

Plus, Ari shares a special message to her Spanish-speaking supporters. You want to catch this exclusive with one of the brightest footballers in the women’s game today! (13’)

Mexico expert and correspondent Pamela Del Olmo stops by to talk all things Mexico! How did that 2010 Concacaf win against USA shape the culture of women’s football in Mexico (or did it?)? Is the coaching at the senior level the same as it ever was? Will we see another story-book ending at the upcoming 2020 Concacaf Women’s Championship? Pamela give us it to us with brutal honesty.

Plus, how is the success of the U17 team and the popularity of the MX Liga Femenil growing women’s football in Mexico.?You’ll be surprised by what Pamela has to report. Also, we take a look at the recent match between 2-time Tigres and Houston Dash. Pamela was there and she gives us a report on the match, the fans, and what this means to the players on both teams. (37’) 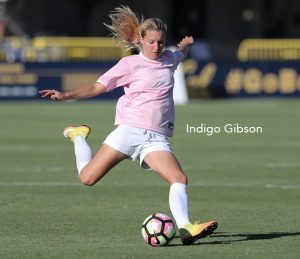 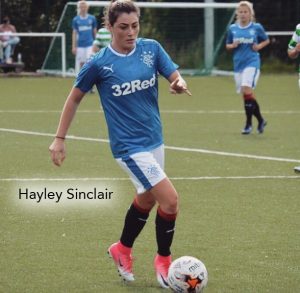 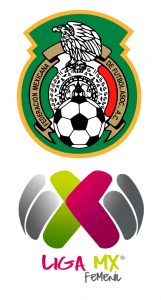