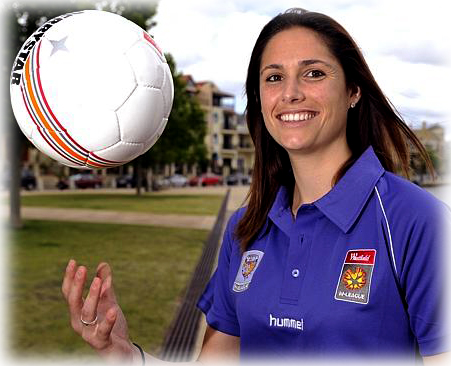 Women’s World Football Show welcomes the Matilda’s all-time leading goal scorer and Perth Glory FC striker Kate Gill! The Aussie international gives us an inside look at the Glory women and what has made them the best team in the W-League this season.

As one of the most skillful female goal-scorers of our time, Kate gives us a glimpse into what her Matilda goal-scoring record means to her as a player and as a person, growing up an Everton fan, her discovery of football and more.

England Update
Did you know over 55,000 fans will be rocking Wembley this month for the England vs Germany friendly?! Adam previews the upcoming match with a look at Mark Sampson’s squad, as well as valuable viewing information.

Oh and did we mention Kate Gill?!

Music by Men at Work and Colin Hay.