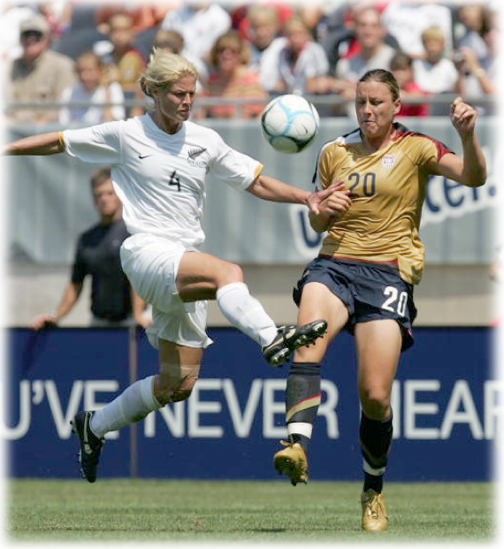 Women’s World Football Show welcomes New Zealand legendary defender Maia Jackman! As a long-standing influence in the women’s game and NZ Order of Merit honoree, Maia has helped grow women’s football in New Zealand and continues to pave the path of progress. The Football Fern icon began her footballing career in the early 90’s and helped the Football Ferns to a Women’s World Cup appearance in 2007. The Football Fern icon sits down with Adam to chat about her illustrious career, the latest Kiwi squad, and her role in helping shape the next generation of women’s football in New Zealand.

Cameroon!
Join us in welcoming African women’s football reporter and analyst Kehinde  from Girls Talk Footy. Our African expert give us the lowdown on Cameroon, who’ll be making their first Women’s World Cup appearance. Get to know the (other) Lionesses, who to watch, and what they need to do to get out of Group C. Also, how will the Africans do on turf? You’ll be surprised at t 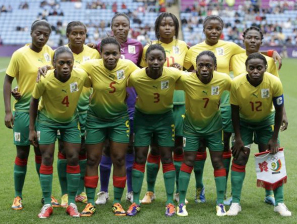 FAWSL
Adam updates us on all the latest happenings in FAWSL 1 & 2, with latest scores and player updates. Also a look at recent FA Cup results and future matches.

NWSL
Lots going on in the weeks leading up to the 2015 NWSL season and we’re here to lay it all out for you. We have recent preseason scores, some player news and of course, unfiltered commentary.

Plus..
Where’s Abby? Where’s Zayn? And why is the Chicago Red Stars mascot Supernova mad at Patty? All this and oh yeah… a Schmidt-Bit. *major eye roll*

Fade-out music by One Direction