When FIFA announced that the Women’s World Cup 2023™ will be staged in Australia and New Zealand, elation was felt around the globe. Not only is this monumental event important to the two host countries, who have done so much for women’s football with their national teams and leagues, it will be fruitful for the women’s game all over the world.

On this special episode, we visit with Beyond 90 Co-Founder and Editor-in-Chief Cheryl Downes to discuss the upcoming World Cup, what it means to the Australia, the Matildas playing abroad, and much more. Three years is not that far away, so let’s get the conversation started!!

Cheryl is the Co-Founder and Editor in Chief of Beyond 90. Having been involved in the coverage of women’s football for well over a decade, Cheryl has covered the 2015 FIFA Women’s World Cup, the AFC Women’s Asian Cup (2014, 2018) and more than seven seasons of the W-League.

Making her record-breaking 30th appearance on Women’s World Football Show (that’s a good thing, right?), Cheryl Downes provides us an inside look at the upcoming 2023 Women’s World Cup in Australia and New Zealand. Her expert analysis brings us a close-up view of the tournament seen through the eyes of a Melbourne native. Plus, Cheryl gets us up to date with the Matildas playing abroad, some W-League news and more.

Did you know Cheryl got her start covering Field Hockey?? Well, we do now because Cheryl also shares her own personal football journey! It’s a side of Cheryl we never knew existed and after 6 years of appearances, it’s about time we got to know her! (6‘ & 37’)

Additional assistance for this episode by Cheryl Downes and Beyond90.com.au

Throughout history, women footballers have had to struggle and overcome obstacles just to play the beautiful game. Today’s world of women’s football is no different with the struggle to fight for equality.

On November 5, 2019, a collaborative agreement was announced between the Australia men’s Socceroos & and the women’s Westfield Matildas, giving equal shares of total player revenue, resources and other benefits. On this episode, we take a look at this new CBA, the growth of the Westfield Matildas, the W-League, and more with special guests Australia WNT defender Clare Polkinghorne and Aussie sports journalist Cheryl Downes.

At only 30-years old, Clare Polkinghorne has spent half of her life on the Westfield Matildas. Known as a leader among her teammates and a mentor to young players, Clare shares with us her thoughts on leadership, goal-setting, and more!

Clare also shares her new role as player/coach with Brisbane Roar. How does this new role change the way she approaches the game and her future in football? Clare gives us all the inside info and more! Don’t miss this important conversation with one of the world’s most successful women’s footballers in the game today! (15’)

Long-time friend and supporter Cheryl Downes stops by to get us up to date on the Australia Women’s National Team’s new CBA, Australia’s upcoming Olympic Qualifiers, W-League up dates, and more! Do not miss this convo with the Editor-in-Chief Australia’s top women’s football website, Beyond90.com.au! (41’)

Listen to Sarah Walsh on Episode 112

On this episode, we focus on the ‘other side’ of playing professional football – living and playing abroad.

Imagine having a job that requires you to pick up and relocate to another country at least twice a year… forcing you to live and work in a foreign country. Many times, it’s a country you’ve never been to before, far away from family and friends, and the comforts of home.

This has become very common in the women’s game and one we’ll explore in-depth with special guests American Grace Cutler who is currently playing in Italy; Nigerian Charity Rueben who just finished up playing club football in Katzakstan; and brief chats with American Aubrey Bledsoe who is playing in Australia; and Aussie Alanna Kennedy and Scotland’s Rachel Corsie, who just finished up their NWSL season in the USA.

After stellar careers in high school and college, Grace Cutler was drafted by the Houston Dash in the 2019 NWSL College Draft. From there, it’s been a rollercoaster ride of emotions and whirl wind of life lessons.

We chat with Grace about her past year and her current challenge of playing abroad in the Italy’s Serie A with Sassuolo FC. How is she adapting, what is she learning about the game and herself, and much more! (8’)

Our friend and official ‘Post-Game Gator’ Alana “AJ” Johnson meets up with AUS/Orlando Pride defender Alanna Kennedy and SCO/Utah Royals FC defender Rachel Corsie in a post-game environment to talk about playing in the NWSL, some of their favorite places to visit, their off-the-pitch talents, and much more! (44’)

Washington Spirit goalkeeper and 2019 NWSL Goalkeeper of the Year Aubrey Bledsoe returns to the W-League this season with Sydney FC. In a recent Washington Spirit press conference we asked Aubrey about her experience in Australia, what she’s learned from playing abroad, some of the challenges being so far from home, and of course her recent call up to the USWNT. (54′)

The 18-year old star of Nigeria’s U16 WNT and U20 WNT, Charity Chetachukwu Reuben shares her experience of playing for BIIK Kazygurt in Kazakhstan, making her debut Champions League appearance, the challenges of playing abroad, her future plans, and more! (01:02′) 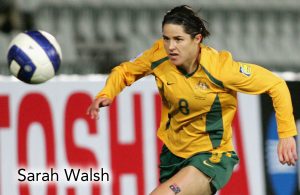 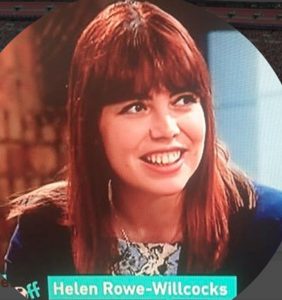